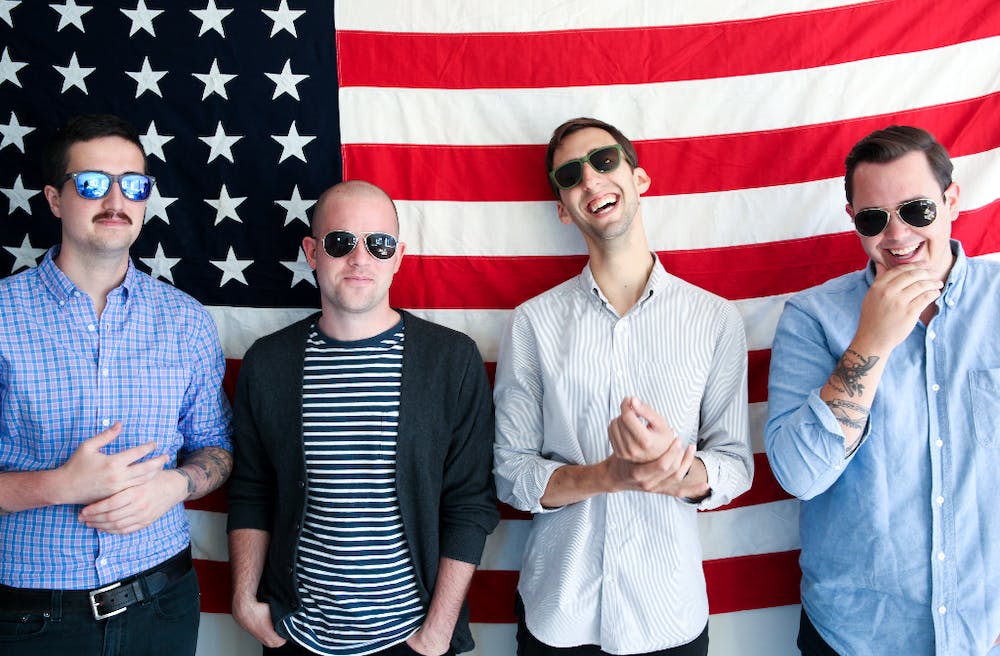 Follow Bearstronaut to get alerts about upcoming events and special deals!

Dance is a loose term, but it’s also an inevitable directive.

Without further ado, here are Bearstronaut top 10 tracks of all time:

Dance is a loose term, but it’s also an inevitable directive. Whether on stage or on record, Boston electronic-pop quartet, Bearstronaut, has made a name in their hometown for sparking instant dance parties. Despite their rather frigid-weather Northeast origins, Bearstronaut has been dubbed "tank-top pop" due to their warm, tropical synth-pop sound.

Their growing reputation has been staked on two distinct entities: their energetic, engaging live performances, and their uber-polished, glossy home recordings. After self releasing an EP in 2009, Bearstronaut inspired the creation of one of Boston’s most in-demand record labels, Vanya Records. Vanya founder Michael Marotta (the pill, WFNX) stated that he launched Vanya “just to hear Bearstronaut’s ‘Moniker’ on vinyl" - the way the band’s signature, post-disco epic was meant to be heard. After releasing the “Moniker” 7-inch in September 2011, Bearstronaut teamed up with Vanya again in November of 2012 for their home recorded EP titled, Paradice.

No upcoming events with Bearstronaut