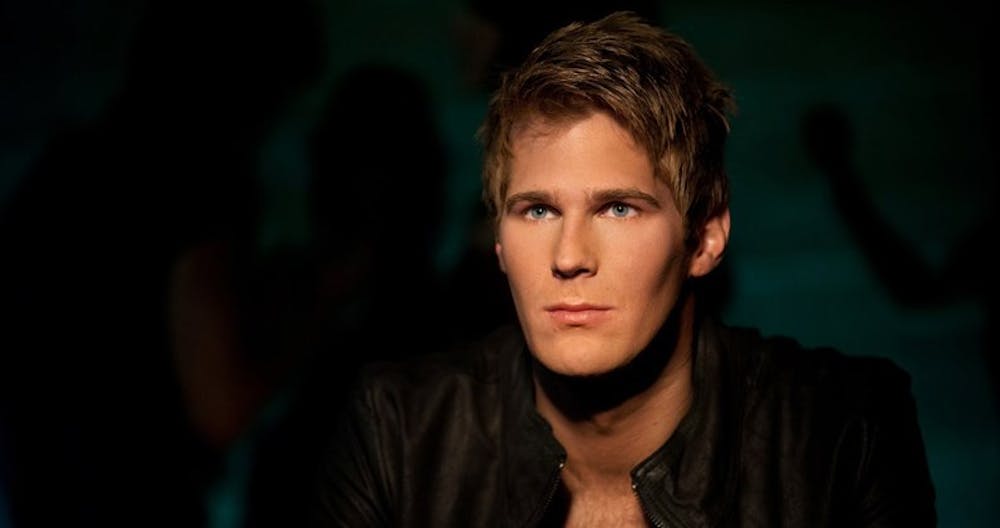 Follow Basshunter to get alerts about upcoming events and special deals!

Jonas Erik Altberg was born on 22 December 1984 in Halmstad, Sweden.

Without further ado, here are Basshunter top 10 tracks of all time:

4. Angel In The Night

Jonas Erik Altberg was born on 22 December 1984 in Halmstad, Sweden. He lived with his parents and younger brother

near Tylösand, a famous Swedish beach. He started to produce music under the stage name "Basshunter" in 1999 with

the computer program Fruity Loops, and released his first albums, "The Old Shit" and "The Bassmachine", through his

own homepage in 1999 and 2004 respectively. His interest in music became greater as he progressed.

management, releasing his first single, "Boten Anna". In Scandinavia, the song became a hit instantly and was the first

ever Swedish language song to reach number one on numerous charts around the world. His major label debut album,

LOL , would chart all over Europe and launch him into the forefront of dance music.

When Basshunter reached 50,000 friends on MySpace, he celebrated by releasing "Beer in the Bar - MySpace Edit" and

chatting via webcam with fans causing several crashes in the network he was in. In the end of 2007, Altberg released a re-recording of "Boten Anna", titled "Now You're Gone", the video also featured Aylar Lie and was the first of four videos. The song subsequently charted at number one on the UK Singles Chart, and stayed there for 5 weeks! At this time "Basshunter" was at several occasion the most sought term on social communities (MySpace, Face book etc) on a global scale. His YouTube videos had hundreds of millions views! Throughout 2007 and 2008, Basshunter was working on a new album, titled "Now You're Gone: The Album", after the leading single it was released on 14 July 2008. Next song to be released was "All I Ever Wanted", an English re-recording of "Vi sitter i Ventrilo och spelar DotA", in the vein of "Now You're Gone". And the story in the video continued with Aylar Lie. The Album went directly no:1 in UK and have sold god and platinum in several countries around the world. The third single released in the UK was "Angel in the Night". The video was a great success and in this one Basshunter finally got his girl. The fourth single, "I Miss You" was released on 15 December 2008 alongside the fifth single "Jingle Bells (Bass)". The video was shot in Norway and concluded the Basshunter - Aylar Lie love story.

After the success in UK, he have toped the charts in US, several weeks at No.1 on ITunes and all the way to South Africa

and New Zeeland with both singles and Album hitting the top chart position for several months!!!! Basshunter is seen as the biggest commercial dance artist in the world right now!

Richard J. Dalton is a Seattle mixshow and club deejay, best known for his Drive-at-Five and Noon Workout mixes on C89.5. He has a residency at Neighbours Nightclub on Fridays. Richard has a love for hands-up techno, and recently had every techno deejay's dream come true: he had the opportunity to play it over the gigantic speakers at Key Arena, while opening for Beyoncé.

Richard is a freak. Last year, he was named "Best Hope for High School Freaks" by Seattle Weekly-- a title that Richard loves. "I'm a freak and proud of it! Let your freak flag fly!"

No upcoming events with Basshunter