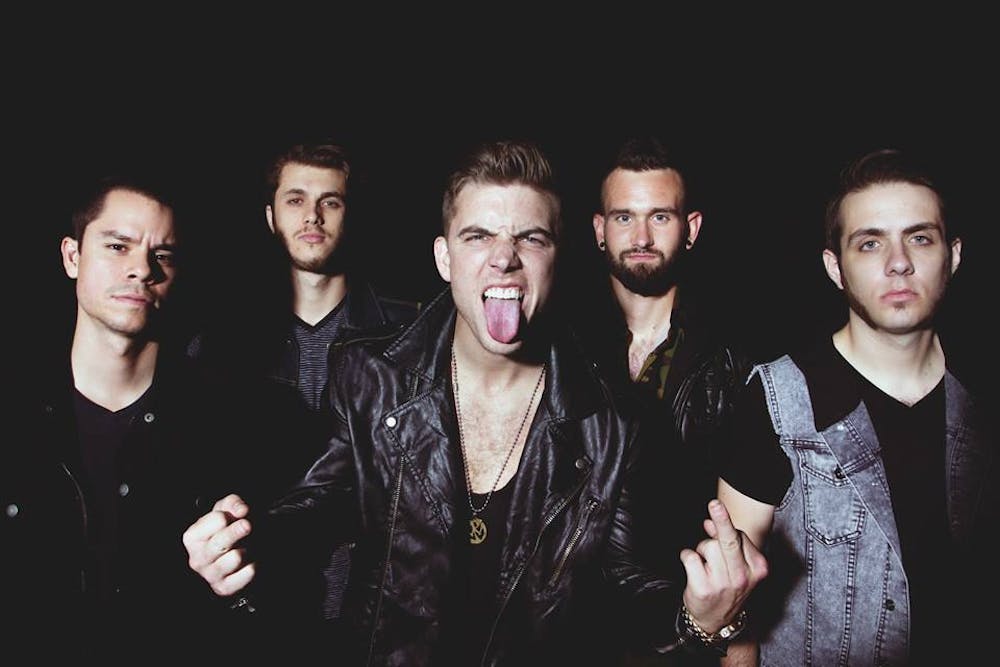 Follow As Blood Runs Black to get alerts about upcoming events and special deals!

Without further ado, here are As Blood Runs Black top 10 tracks of all time:

2. My Fears Have Become Phobias

4. The Brighter Side of Suffering

The band was formed in 2003 in Los Angeles by Bijon Roybal, Richard Reyes, Louie Ruvalcaba, Kyle Hasenstaab, and Hector "Leche" de Santiago . They are currently signed to Mediaskare Records and their debut album, Allegiance, achieved considerable success[1], making the band a well-known Deathcore act. They are currently at work on a second album.

In 2007 and 2008, they toured extensively with Between The Buried And Me in the United States, on The Summer Slaughter Tour 2007, BrutaliTour 2007, and the Metal for the Masses 2008 Tour; and in the United Kingdom, on The Summer Slaughter Tour. During 2007's The Summer Slaughter Tour, drummer Hector de Santiago was kicked out of the band, and replaced by Ryan Thomas, formerly of the band The Serpent Son, but after he left Scott Walker filled on. Currently, they have just updated their MySpace page with a video, confirming that Chris and Sal have left the band, they are still going to continue to work on the new album and also keep touring. Despite having fill-in members for Chris and Sal as of now, ABRB are not sure yet whether they are permanent or not.word is their calling on a friend from orlando to maybe fill in the spot, for a late fall tour. Leche was also in this video with Ernie, as they informed us that he was back in the band, and would be playing and writing on the new album.

The band performed a new song on the Bleeding Through Tour, entitled Airforce One. Recently the band released the instrumental track of it onto their MySpace page as a vocal audition in search of a new vocalist and frontman. On their 2009 "Never Say Die Tour", As Blood Runs Black introduced their new vocalist, Jonny McBee, and also performed a new song called "Stand Your Ground". The band has stated in a blog that they will be going into the studio after the holidays to record the record, and that it should be released mid 2010. As Blood Runs Black went into the studio and recorded vocals for Airforce One and the track was released on December 24th. Just a few days after releasing their demo vocal recording of Air Force One, newfound vocalist Jonny McBee left the band due to conflicting personality issues.

During this time they were in search of a new vocalist, using the previous tryouts to Airforce One. The band released the song instinct with there new vocalist, Ken Maxwell. Soon after the release of the new song it was announced that Maxwell left the band.

No upcoming events with As Blood Runs Black