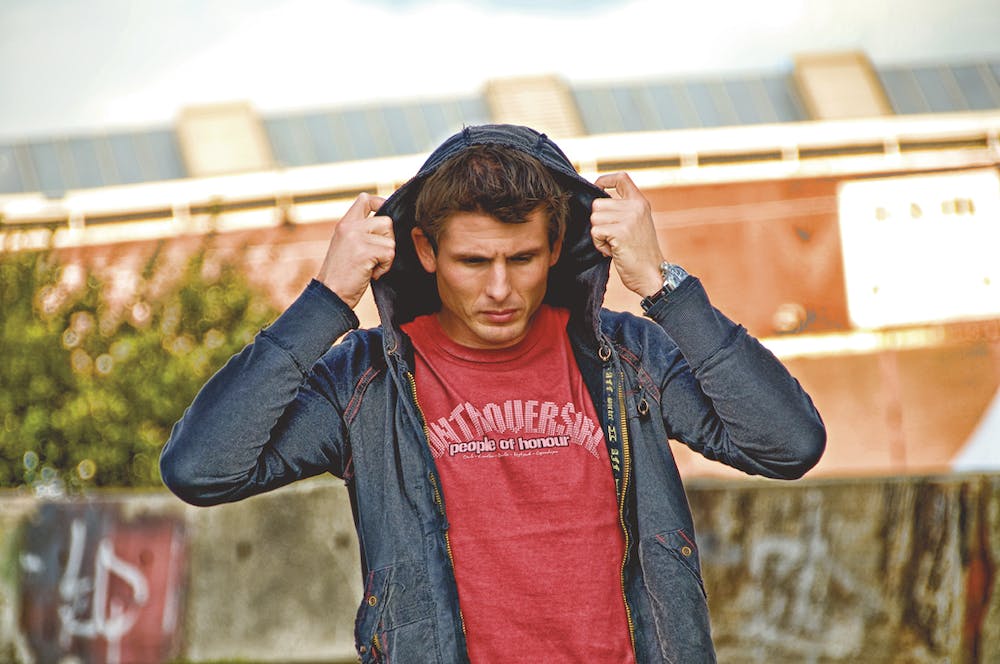 Follow Artento Divini to get alerts about upcoming events and special deals!

A well known artist once said: "Making and playing music is like a reflex, I just can't control it".

Without further ado, here are Artento Divini top 10 tracks of all time:

A well known artist once said: "Making and playing music is like a reflex, I just can't control it". And a reflex it surely is for one of Holland's finest craftsmen in electronic music who’s taking the industry by storm. Many DJ’s have made it to the top of their game and so did numerous producers. Nevertheless, there are only so many people who are skilled enough to let both flawless DJ-ing and high profile producing go hand in hand to create a perfect synergy. One of those artists blessed with having the best of both worlds is Artento Divini.

At the age of 19, a young and enthusiastic Artento Divini (real name: Ard Schilderink) discovers house music after spending years being a professional cyclist. His love for four measured beats starts to grow on him which resulted in the purchase of his very own pair of turntables. Just like every aspiring DJ he started practicing the art of mixing, which lead to competing in several mixing contests and, even more important, conquering these gauntlets. In 2002 Artento headlined the Brazilian festival Eco System and ended up touring this country for over three months, playing small hotspots in a.o. Manaus and other cities bordering the Amazon river.

Experimenting with various styles of music, his sound slowly developed into the style Artento Divini showcases nowadays. In 2006 Artento and his former partner in crime Melvin Warning added a new chapter to his expanding career by producing the massive club hit 'Divini & Warning - 4LB', a tune picked up by Tiësto who played it during Sensation White. The world’s number one DJ Armin van Buuren started off his Dance Valley 2006 set playing '4LB' and Sander van Doorn even used this 'Radio 538 Dance Smash Hit' on his Dance Valley mix compilation; all proven facts showing the huge impact of this release. Their second single 'Chaib' was dedicated to a special friend who sadly past away after being involved in a diving accident on the island of Curaçao. Artento Divini: "He lives on in our hearts, also through this record".

At some point Divini and Warning both decided to pick up their solo careers again and parted ways. After the split up, Artento's first solo release ‘Pulse’ found its way to the CD wallets of many renowned DJ’s. 'Pulse' was honored with a release on 2Play Records, supported by Eddie Halliwell who gave this track a firm spot on his BBC 1 radio show playlist. However, the biggest solo hit was yet to come. Following his previous releases, Artento produced 'Reflex' which established Artento Divini's name once more in his beloved scene; Sander van Doorn's DOORN Records snapped up this future classic and catapulted the track straight to the number two spot of the Beatport charts and remained that position for several weeks. Even Australia and New Zealand were Reflexed, as Australian record company Central Station Records signed this belter exclusively for full release down under. A-listers comments spoke for itself:

In 2008, Dutch rising star Jochen Miller and Artento Divini teamed up in the studio to produce 'One Way', created to be the anthem for one of Holland's biggest annual festivals: Emporium. ‘One Way’ got signed to Dedicated Records and the success of this track made them decide to collaborate on more productions. Their bootlegs of a.o. 'David Guetta - Love Is Gone' and 'One Republic - Apologize' were very well received by the global clubbers, resulting in brand new musical creative brainwaves. The 'Artento Divini vs Jochen Miller' project slightly differs from the Divini & Miller sound; 'No Backup', the official follow up released on Reset (Spinnin Records), is not as trancy compared to their other tracks.

Artento's remix work didn’t go by unnoticed and became much in demand; his rebuild for Jochen Miller’s ‘Lost Connection’ gained support by Marco V who started off his set with this gem at Sensation White 2008. 'Fausto - Lupara' was given the Artento Divini treatment and was unleashed on Marco V's In Charge label, one of the most prolific imprints in the tech trance scene. His wicked bootlegs for Depeche Mode's 'Personal Jesus' and Kosheen’s 'Hide U' are to date sought after items and both go down a storm on dance floors worldwide.

The sound of Artento Divini can be described as a mixture of minimal rhythms, trancy influences and rough driving sounds. Divini: "My creative brain seems unstoppable, it just goes on and on and on. Like someone once said: 'It's like a reflex, I just can't stop it'. So maybe I've come down with the same disease as that guy, who knows..."

Dutch label High Contrast Recordings, home of a.o. Rank 1, Paul van Dyk and Jochen Miller, spotted the skills of Artento Divini and took him on board of the roster for a range of new releases. Artento’s High Contrast debut release 'Deep Down' was introduced to the masses during Trance Energy 2009, where Artento rocked the High Contrast stage alongside Rank 1 and Judge Jules. Its successor ‘Biding My Time” marked a bit of a side step for Artento as it’s his first production to have full vocals. ‘Biding My Time’ got rewarded with an official video, proving that Artento was very well capable of churning out a full vocal song next to his instrumental dance floor rockers.

Having the urge to continue the success of ‘Biding My Time’, Artento went back in the lab and delivered his next offering ‘Who’s Next’, spun by the likes of Markus Schulz, Sander van Doorn and W&W during Trance Energy 2010 where Artento performed once more. ‘Who’s Next’ was followed by his new production ‘Griffin’ which became the official anthem of the Pleasure Island Festival for both the Dutch and the Czech edition, two high profile festivals where Artento had the honor to headline the main stage. ‘Griffin’ was chosen by none the less than Armin van Buuren to be ‘Tune of the Week’ on edition 457 of his radio show A State Of Trance; as a result, ‘Griffin’ skyrocketed through online charts to land in the top 5 of Beatport, Trackitdown and Audiojelly.

A mandatory given for every self-respecting and ambitious artist in the industry is having a radio show, and Artento Divini is no exception. His bi-weekly popular radio show Front Of My Bag (FOMB) - also available as a downloadable podcast - is aired on a number of worldly spread internet stations, with a FOMB special broadcasted on Afterhours.fm every third Friday of the month. His FOMB radio show gives Artento Divini the opportunity to introduce his freshest productions to his audience of global fans.

On a remix level, Artento remained a much in demand re-worker of originals. He re-rubbed the classic ‘Hoipolloi’ by Kay D. Smith & Marc Tall and ‘Semper Fi’ from High Contrast label buddy Ronald van Gelderen, both released on his home base High Contrast Recordings. For Ava Recordings - the imprint run by trance icon Andy Moor - he epically reworked ‘Disco Terra’ by Moonpax vs. Snatt & Vix. The icing on the cake when it comes to remixing came courtesy of trance legend Markus Schulz, who asked Artento to remodel one of Markus’ ‘Do You Dream’ album tracks. Other labels who were given the Divini treatment are Fektive, New State Music (UK), Garuda (Gareth Emery’s label), 405 Recordings and Armada Music, amongst others.

DJ-wise, Artento Divini collects his share of mileage and airmiles as he’s a welcome guest on many national and international events, festivals and in big room venues. Artento has been given the attending audiences a high doses of his tremendous energy on prime-time slots during Germany’s no. 1 festival Nature One, the Polish festival highlight of the year Sunrise, the most important Dutch trance gathering Trance Energy and other prolific festivals and events such as Dance Valley, Pleasure Island, Emporium, Luminosity, Q-Base, Defqon 1, Free Festival and GrotesQue. With his colleague and good friend Fausto, Artento plays the occasional back-to-back set as he did to great success during Trance Energy 2010 and two weeks later on In Qontrol in the Amsterdam RAI venue.

After releasing his follow up solo track ‘Timezone’, picked up by the grand elite in trance county and bombarding online charts worldwide, Artento hooked up with Jonas Stenberg for a collaboration release. Due to their individual rammed itineraries, it took them a whole year to produce the track, hence the title “1 Year Later”. Early 2011, the Artento Divini music flavor will be eternally archived onto the double CD ‘High Contrast Recordings presents Artento Divini’, a full CD release backed up with a world tour to spread that Divini virus amongst the international clubbers. Next to this High Contrast tour, Artento will join one of the UK’s finest female superstar DJ’s Lisa Lashes on her tour in 2011 and will provide for a slamming remix for one of Lisa Lashes’ upcoming projects.

With a brand new clothing sponsor Kultivate on board, a new residency in one of Poland’s most important venues Club 139, a string of fresh releases and remixes and the unbounded expansion of his FOMB radio show lined up for 2011, the future holds endless possibilities for the sympathetic Dutchman. As Artento Divini is an active social media aficionado, be sure to follow him on the net to keep yourselves updated on the latest Artento Divini news facts, gig schedule, releases and remixes!

No upcoming events with Artento Divini