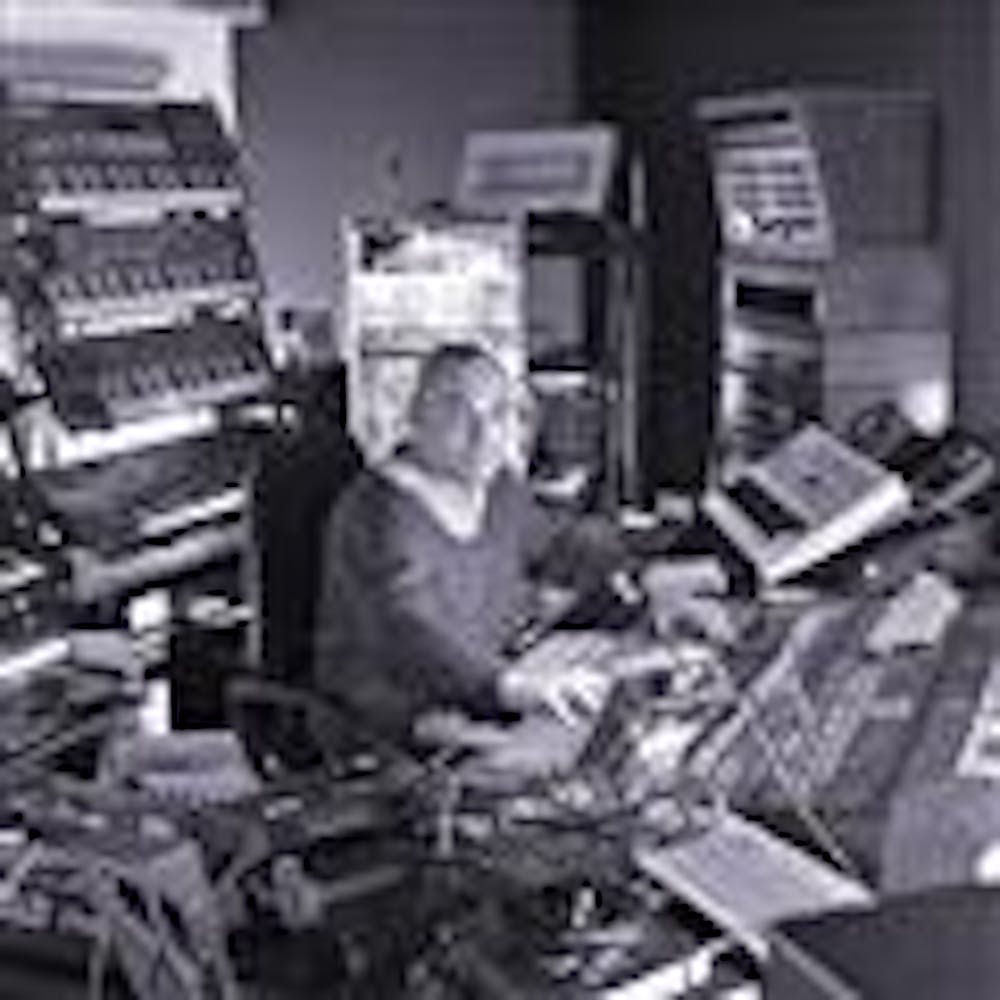 Follow Anthony Rother to get alerts about upcoming events and special deals!

Starting out Anthony Rother made his name on the German electro scene with two releases: “Sex with the Machines (1997) and “Simulationszeitalter” (2000).

Anthony Rother has performed in venues such as: Rex Club

Without further ado, here are Anthony Rother top 10 tracks of all time:

Starting out Anthony Rother made his name on the German electro scene with two releases: “Sex with the Machines (1997) and “Simulationszeitalter” (2000). The producer from Offenbach, Germany, founded his own record label “Psi49Net” in 1998, before establishing himself on the international electro music scene with the electro pop project “Little Computer People” (2001), the album “Hacker” (2002) and more. Albums & tracks In 2004, Rother founded “Datapunk”, another artistic platform which allowed him to take his sound in a different direction to that of “Psi49Net”. This label saw the birth of albums such as “Popkiller” and “Super Space Model” (2006), which were loved by critics and listeners alike. In producing “Moderntronic” in 2007, Rother took his music in a new direction: a mixture of electro and techno. His first entirely digitally-produced album, “My Name Is Beuys Von Telekraft”, followed in 2008. The sound embodied by the first “Popkiller” album was followed up in 2010 by a sequel, “Popkiller II”, which also serves as a look back at the development of his music. Rother continued by exploring his experimental side on a succession of CDs released by the Frankfurtbased label Fax Records. These included the album “62 Minutes on Mars” which sold out within just a short matter of time. He then proceeded to reinvent himself in 2014, taking a completely new direction with the albums “Netzwerk der Zukunft” (Psi49net) and “Verbalizer” (Nextdata, founded especially for this song). This served to show that Rotherʼs creativity abounds, even 20 years after starting out in electronic music. Performance Alongside his international DJ appearances, Rother has long been one of the most popular live acts on the electronic dance scene. For many years, Rother – along with his extensive equipment – was a frequent guest in scene clubs and at festivals all around the world. His new musical concept “Studiophysik” has yet again seen him take a brand new artistic direction. Rother produces brand-new exclusive tracks ahead of his appearances, before remixing them in real time so that his crowds can experience music mixed especially for one single gig. As Rother said in 2015, “I do not compromise or impose time limits on my musical imagination. The audience is a direct part of this artistic programme, which is tailored especially to them”. Since 2014, he is again hosting a variety of events across the Rhein-Main area, giving a new home to high-quality electronic dance tunes. Mixes Since starting out in 1993, Anthony Rother is in demand as a co-producer and remix artist, having worked with a number of prominent artists on the electro scene. He has worked on projects with former Kraftwerk member Karl Bartos, as well as frequent collaborations, both productions and remixes, with Sven Väth. These appear on the albums “Contact” and “Fire”, and also as singles and maxi releases. Rother has also worked on remix projects with Nena, DJ Hell, Tiefschwarz, Ellen Alien, Thomas Schumacher and rock institution, the U.S. band AUX-88.

No upcoming events with Anthony Rother