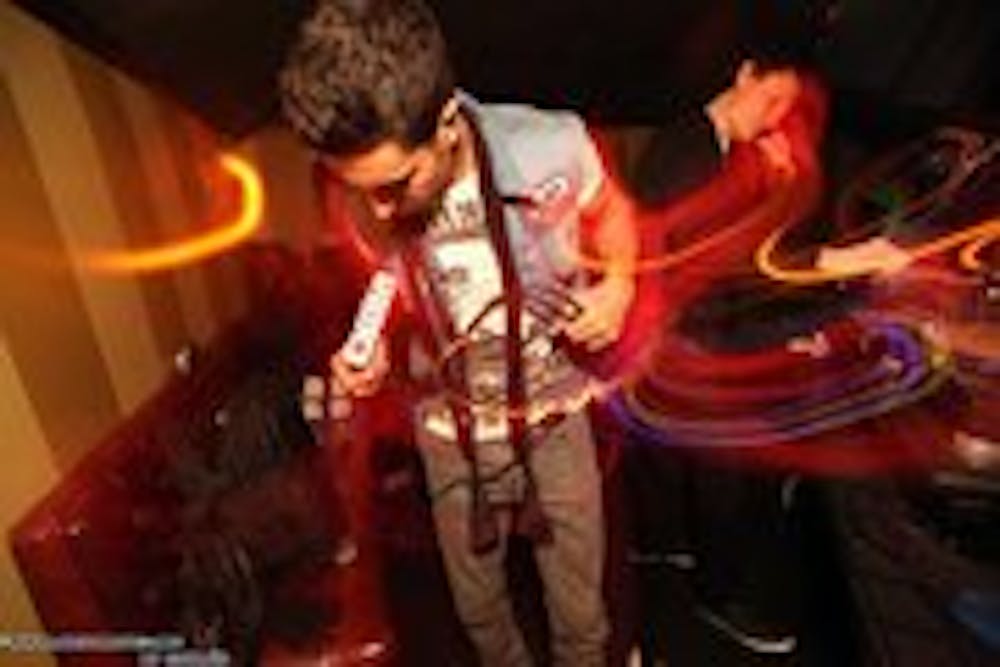 Follow Anthony Collins to get alerts about upcoming events and special deals!

He grew up both in New York and in the South of France.

Without further ado, here are Anthony Collins top 10 tracks of all time:

3. A Village Romeo and Juliet: Intermezzo: The Walk To The Paradise Garden

He grew up both in New York and in the South of France. His first taste for music was given to him by his father who shared his passion for jazz with him and had his own recording studio in Los Angeles. It was in France that he later discovered electronic music and fell in love with it. He acquired his first pair of decks at the age of 17 and did his first gig the following year. He played in most of the major clubs on the French Riviera & to push his career a step further, Anthony left his home ground and moved to Paris. Due to hard work and by forcing his way into the shows that matter, he quickly established himself on the scene (and was booked) regularly to play at the city’s most prestigious clubs and also abroad in clubs such as infamous Rex club & Batofar in Paris; Panoramabar & Berghain, Weekend & Watergate in Berlin, Studio 80 in Amsterdam, London’s Fabric, Space , dc10 circoloco & Zoo Ibiza, Goa Roma n’Goa Madrid, BLK! Market New york, BPM conference in playa del carmen to name but a few.. Anthony is also pretty busy with his residency in Paris named “DUST” where he hosts international guests (Seuil, Dinky, Los Updates, Half Hawai,...) Europe’s finest audience have picked up on him and have been showing a lot of interest.
Anthony describes his style as a mix of deep house, house, minimal and deep tech. He's not the type who puts one hit record after another but always blends meticulously chosen tracks with a real artistic reason to it.
Anthony’s music is very successful though. Matter of fact he has released many EPs on very high-quality labels. Among which loads of European labels created in the early 00s which are inflaming the current scene such as Get Physical, -t and Vakant, the Belgian Curle, Jay Haze’s Tuning Spork, , resopal,or Brothers’ Vibe’s Mixx records.. Freak n’Chic, Mule Electronic and Liebe Detail also complete the prestigious endless list of labels he already worked with! Collins also made remixes for Remote area, Safari Electronic, Nice Cat ( Los Updates Label ). Indeed His talent and style allowed him to remix in his artistic view huge artists like Ricardo Villalobos , los updates , Cesare vs Disorder , Alejandro Vivanco , Boris Werner.. & 2010 still sees new signatures.. for example with the American giant and true pioneer of the deep house music Ibadan (founded in 1996). The Famous German
Last but not least he produced In 2009, his first ever album “Doubts & Shouts” on cutting edeg label Freak’n’chic, and revealed to be a frank success. Speaking of success, it seems that Anthony Collins is flying from one to another. Indeed, he is now preparing the coming of his new record dedicated to Curle records anniversary; and a few others productions with poker flat, horizontal music( Dinky's Label), And remixes for artists such as Bruno Pronsato Anthony Collins production skills have reached another level and the quality of his tracks is permanently increasing. Music may take a lot of his time, but no worries, Anthony Collins and his charming smile still have time and energy to make you dance.

No upcoming events with Anthony Collins