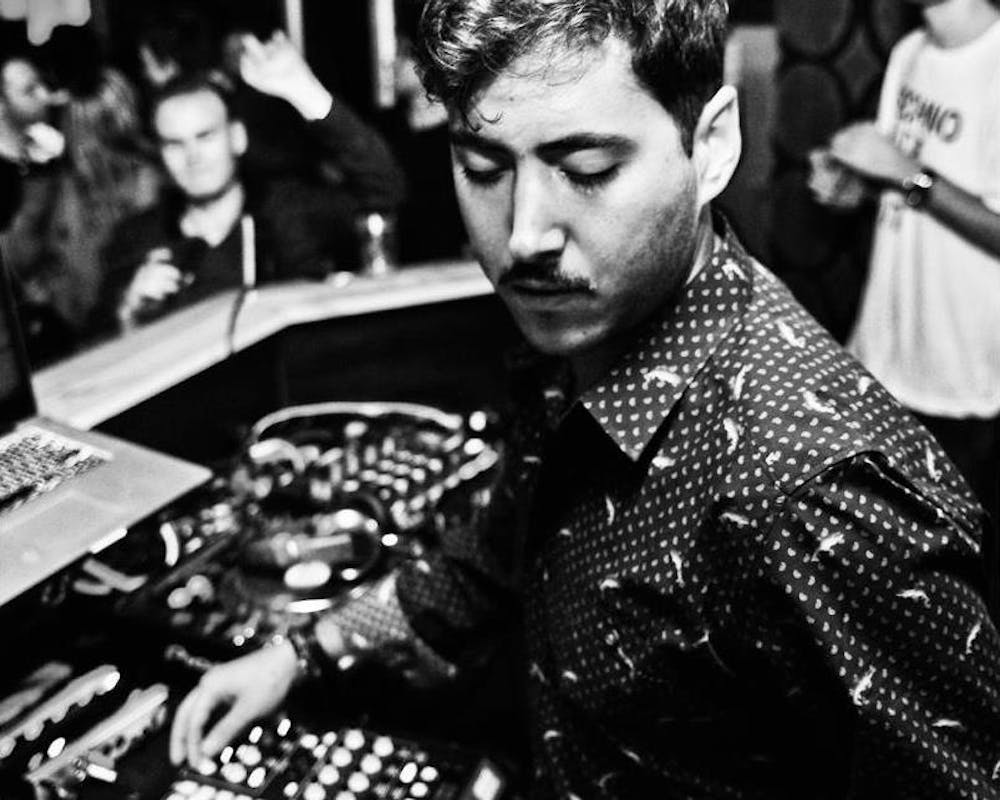 Follow Amirali to get alerts about upcoming events and special deals!

When the news hit that Crosstown Rebels were set to release an album from an unknown artist, the world stood up and took note of the little known Amirali and sought any snippets of information they could find on this highly talented individual.

Without further ado, here are Amirali top 10 tracks of all time:

When the news hit that Crosstown Rebels were set to release an album from an unknown artist, the world stood up and took note of the little known Amirali and sought any snippets of information they could find on this highly talented individual. This young Iranian / Canadian musician was shrouded in mystery and cloaked in mystique and his sound which can only be described as an avant-garde concoction of electronica, techno & house has since gone on to win a legion of fans across the globe; each one waiting on baited breath to see what this exciting prospect will come up with next.

Like all great things of merit and credibility, it takes time, effort and talent to craft an original piece of work one can be proud of and there is no question that Amirali’s debut album “In Time” achieved just that. Having received rave reviews across the board, it was even heralded as “an example in perfect craftsmanship” by Resident Advisor. To add to this LP the release of his “Beautiful World” and his “Just An Illusion” EPs and what you have is a discography that stands head and shoulders above that of most other producers that have emerged over the last few years. However, Amirali’s discography does not stop there, quite the opposite, he has lent his adept hand at remixing the likes of Fur Coat, Andrew Grant and We Love for the likes of BPitch Control & My Favorite Robot Records. Needless to say, Amirali is an artist who finds himself in high demand at present and rightfully so. With future collaborations planned with some of the underground’s most respected talent there is no doubt that Amirali will be stretching his unique sound much further still.

The release of his highly acclaimed debut album has seen Amirali touch down in all four confines of the planet, touring the world as an unrivaled and exclusive live act. This live act comprised of live keys as well as his mysterious and haunting vocals sees Amirali re-edit his material on the fly, catering to his audience with loops, effects and bounds of energy. As word spread that his live set was even more inspiring than his album, his tour diary read like a who’s who of the world’s best clubs and festivals including: Panorama Bar & Watergate (Berlin), Fabric & Lovebox (London), Electric Pickle (Miami), Cityfox (Zurich), Jaegar (Oslo), Footwork (Toronto), Stereo (Montreal), Grelle Forelle (Vienna), Superclub (Lima), Gloss Club (Milan), Lux (Lisbon), Stealth (Nottingham), Studio Martin (Bucharest) to name but a select few.

In terms of what’s next, Amirali has plenty up his sleeve. First and foremost, he is working on his second album which promises to be a departure from his first yet will undeniably retain his individuality and uniqueness. He is also currently putting together a live band which he will be taking on the road with him thus adding yet another dimension to this already multi faceted act. If all this was not enough he is also preparing an onslaught on dance floors world wide as he preps and primes his record bag for selected DJ dates. Seemingly, Amirali has found more hours in the day that is humanely possible to balance so many projects with such ease and prowess and it is evident that Amirali has a bright future ahead of him as a producer, as a DJ and as a vocalist.

No upcoming events with Amirali