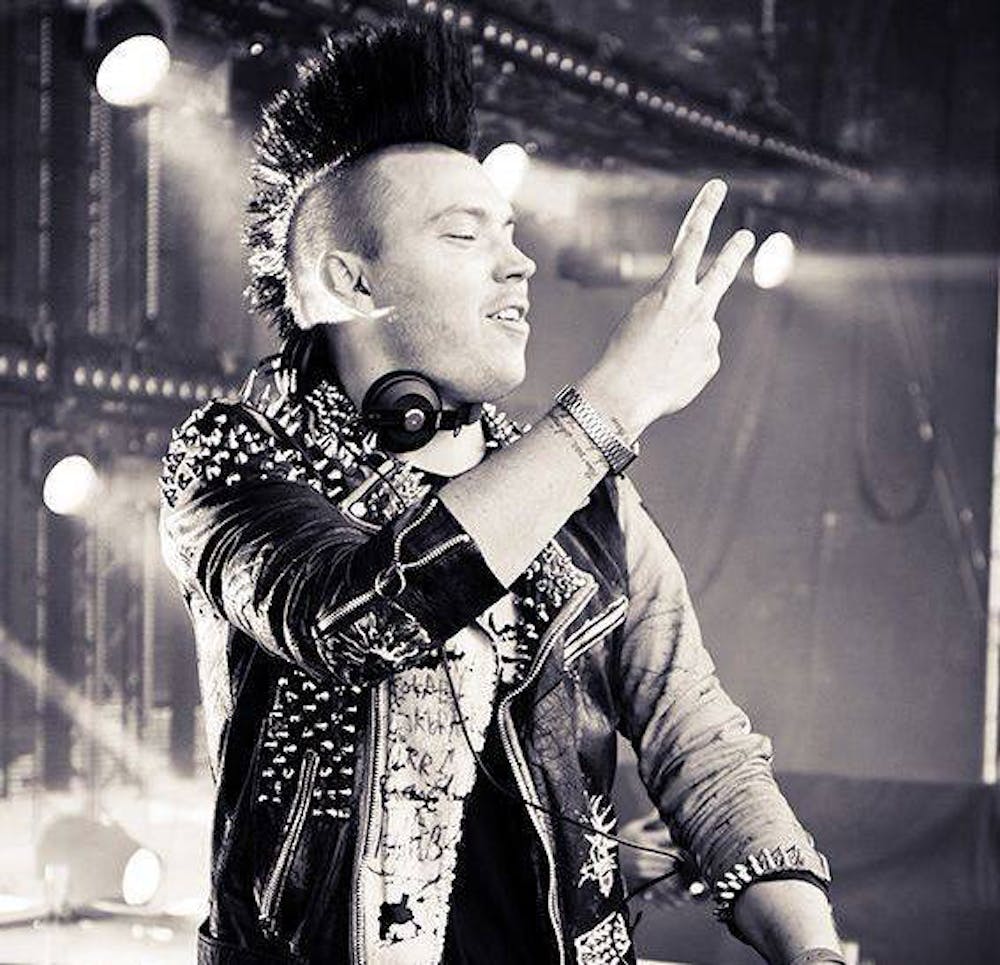 Follow Albin Myers to get alerts about upcoming events and special deals!

Prolific producer, show stopping DJ, national TV personality; whichever words you use to describe the eccentric Swedish luminary that is Albin Myers, there can be no denying the fact that he is one of the fastest rising, most promising stars of the electronic music world.

Without further ado, here are Albin Myers top 10 tracks of all time:

7. Crying Over You - Albin Myers Remix

Prolific producer, show stopping DJ, national TV personality; whichever words you use to describe the eccentric Swedish luminary that is Albin Myers, there can be no denying the fact that he is one of the fastest rising, most promising stars of the electronic music world. A performer in the truest sense of the word, with an inventive finesse and a fresh originality of touch in the studio to match, he is an artist whose capability, showmanship and diligence knows no bounds. Sure enough, and quite rightly, the world is now beginning to catch on and wake up to the sounds of Albin Myers – let’s indulge in a spot of history and find out how the Scandinavian mastermind arrived…

Like so many of the current ‘EDM’ greats it seems, Albin Myers was born and raised in the Swedish capital, Stockholm. Fascinated by all aspects and facets of music from an incredibly young age, Albin’s first introduction to the world of dance music was at the ripe age of 14, when he first started to make music on an early edition of the Fast Tracker 2 software programme. Inspired by the unmatched production techniques of Daft Punk and the raw energy of The Prodigy, Albin spent countless hours as a teenager honing his craft and developing his own unique sound. But it was in fact not until 2005 however – a whole seven years later – that Albin decided to pursue his dream and finally make a career out of his one true passion. What started a bedroom hobby, eventually turned into something far greater when he realised his innate talent and flair for making dance music of the very highest order.

Sure enough after this, more and more opportunities started to unfold for Albin. In 2011 he was requested to remix Avicii’s worldwide smash hit Fade Into Darkness and just a few months later he had his very own track The Beast released on Tiësto’s coveted Music Freedom label – a personal landmark in his ever-increasingly successful career as an artist.

No biography of the Swedish sensation however could pass without special mention of his mammoth track – and arguably his biggest to date – Hells Bells. Released on Steve Aoki’s Dim Mak imprint in May 2012, the record had been grabbing the undivided attention of the EDM world for up to 6 months before this, and is still a mainstay in the sets of some of the greatest DJs on the planet. One of the most popular tracks of 2012 without question, Hells Bells captured the hearts and minds of music enthusiasts worldwide like no other and catapulted the Swede to truly unbeknownst personal heights.

It goes without saying that Albin Myers’ expertise and talent is by no means limited to the studio. When he’s not locked away producing his next masterpiece, the other half of the multi-faceted Swede can be found performing on some of the most prestigious platforms on the planet. With main stage sets at Sweden’s annual Summerburst Festival and at the hottest clubbing destination in Ibiza, Ushuaia, under his belt – not to mention thunderous performances at both Tomorrowland (Belgium) and Sunburn Festival (India) 3 years on the trot – Albin Myers is clearly a man in seriously high demand. As the world continues to reverberate to his unmatched signature sound, it seems that Albin is a man on a very serious mission. If you haven’t yet seen him in action, you’re in for quite the treat – just look out for the mohawk, it’s hard to miss!

As if juggling world tours with dedicated time in the studio weren’t enough for one man, 2012 also saw Albin take on the world of television! Alongside fellow compatriots and DJs, Adrian Lux and young duo Nause, Albin landed himself a lead role in the Swedish reality TV series Heartbeats. 15 episodes of 15 minutes each, this insanely popular TV6 documentary series followed the turbulent paths of the 4 rising DJs, and became an instant hit throughout Sweden almost overnight.

Following an incredibly successful 2012, the future looks to be extremely bright for Albin Myers. Intriguingly described by Albin as “50’s horror meets electro” his brand new collaboration with F.O.O.L – The Bastards Have Landed –– is just around the corner, with a whole host of exciting new material in store for 2013. Now steered by his early tastes more than ever and with heavy influences from his Drum & Bass and Breakbeat palate as a teenager, you can be sure everything that comes from his studio will be both unique and exciting. These forthcoming releases, coupled with an even busier worldwide touring schedule and the possibility of a LIVE element to his gigs indicates that there’ll be no absolutely no respite whatsoever for the Swedish superstar; well, we wouldn’t have it any other way! Stay tuned…

No upcoming events with Albin Myers