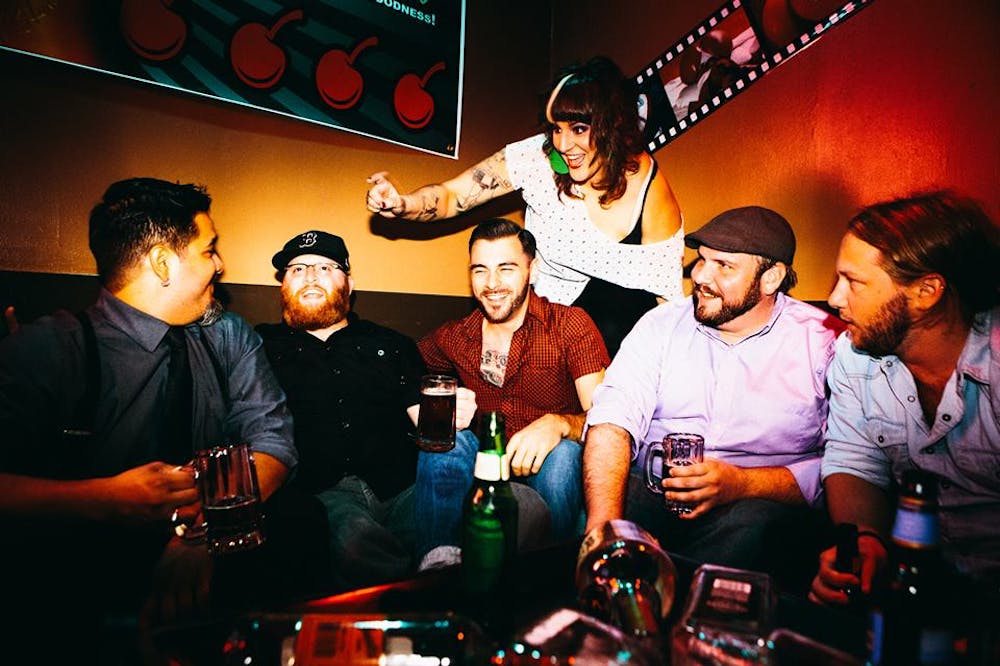 Follow Alanna Royale to get alerts about upcoming events and special deals!

2013 has been an explosive year for soulful septet Alanna Royale and with the speed of a runaway train; they show no signs of stopping.

Alanna Royale has performed in venues such as: Exit/In, The Independent, Neumos, Soundwell

Without further ado, here are Alanna Royale top 10 tracks of all time:

2013 has been an explosive year for soulful septet Alanna Royale and with the speed of a runaway train; they show no signs of stopping. On August 14th, 2012 Alanna Royale played their first show without even a demo in hand and left that night with a room full of fans. After that first electric show, the word was out and Nashville was ready to embrace them with open arms. It was five months later in January 2013 when they released their debut EP Bless Her Heart at a sold out show and confirmed everyone’s suspicions that they were ready for something bigger. Picking and choosing their favorite elements of soul, funk, Motown, and straight up Billboard pop, Alanna Royale has assembled their own unique style out of many. Not quite soul but not quite rock, Royale shines brightest when marrying their dirty rock n’ roll attitude with their smooth, retro roots. Fronted by the larger than life personality of Alanna Quinn-Broadus the band is led fearlessly with quaking vocals and off the cuff sass. Known for her edgy attitude she will steal your heart, sing it a love song, and break it all in one set. While Alanna might draw you in, she is not alone in the act. It is the band as a whole that keeps you there. Backed by a solid rhythm section and a bouncing horn section, Alanna Royale lays down the groove, keeps the beat pulsing, and forces you along for the ride. Armed with their smashing single “Animal”, Alanna Royale is looking forward to their next big step – taking their show on the road. In less than a year of being a band, they have managed to not only plant their feet firmly in a community flooded with talented musicians but stand out among them. From headlining Nashville Gay Pride to Austin City Limits to Bonnaroo, Alanna Royale has just begun on an unstoppable journey and there’s no telling where they might be headed next.

No upcoming events with Alanna Royale