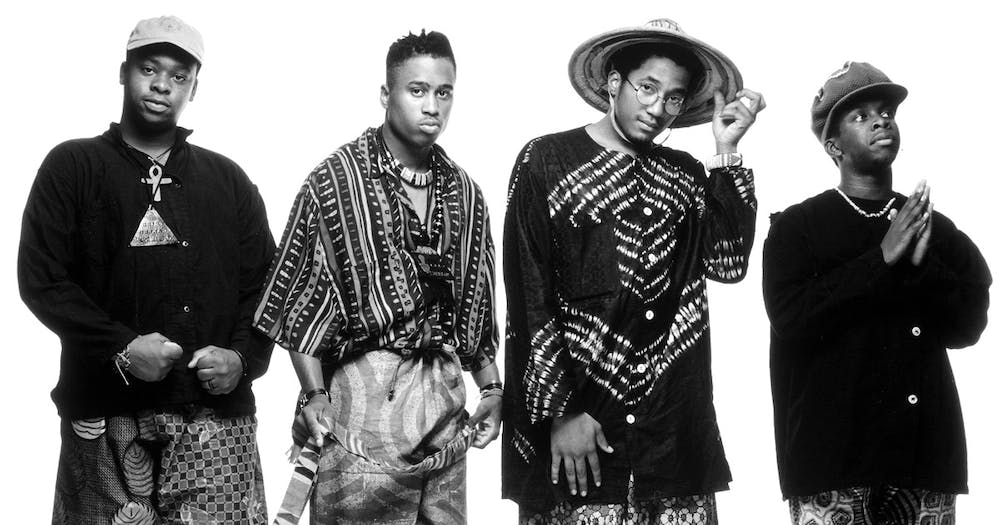 Follow A Tribe Called Quest to get alerts about upcoming events and special deals!

A Tribe Called Quest was an American hip hop group formed in St.

A Tribe Called Quest has performed in venues such as: Chop Shop

Without further ado, here are A Tribe Called Quest top 10 tracks of all time:

In 1991, the group released its jazz-influenced second album, The Low End Theory, regarded for helping shape alternative hip hop in the 1990s. In 1998, the group broke up shortly before releasing its fifth album, The Love Movement, but in 2006, the group's original members reunited and toured the United States. In 2016, the group released its sixth and final album, We Got It from Here... Thank You 4 Your Service, which was still incomplete when Phife Dawg died suddenly in March 2016, and was completed by the other members after his death. A Tribe Called Quest was the most commercially successful act in the Native Tongues collective, with all six of its albums certified either gold or platinum.

John Bush of AllMusic called them "the most intelligent, artistic rap group during the 1990s." The Source gave the group's debut album, People's Instinctive Travels and the Paths of Rhythm (1990), a perfect rating of five 'mics,' marking the first time that the magazine awarded the rating. In 2005, A Tribe Called Quest received the Founders Award at the Billboard R&B/Hip-Hop Awards, and two years later, the group was honored at the 4th VH1 Hip Hop Honors. In 2017, the group was awarded the Brit Award for International Group.

No upcoming events with A Tribe Called Quest