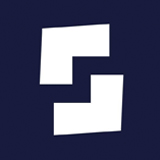 Future Past - A 19hr marathon, curated by LeMaia & ToiToiMusik
Doors open at 11:00 PM
ABOUT THE PARTY We are so excited, and proud, to bring you one of our biggest and most unique parties to date. It’s been tough keeping our lips sealed with this one... From 23:00 on New Year’s Eve, until 18:00 on New Year’s Day, we dance, with the best of the best providing the soundtrack. We know what you're thinking, and we’re one step ahead. Of course, 20 hours is no easy feat. So, we’re going the extra mile and decking out our home for the occasion. We won’t say too much, but expect some refreshments as well as an exciting new addition to our layout. Shelter’s got something special up her sleeve for the new year. We guess you’ll just have to come and see for yourself. Keep an eye out for our second artist announcement! Yes, there’s more to come.. ABOUT THE ARTISTS Rhadoo Radu Bogdan is one of the key players in the Romanian underground and was among the first generation of DJs to pop up after the revolution—inspired by DJ Vasile and Vladone. The Romanian born DJ & Producer began performing at Club A, where he played tapes two nights per week throughout the ’90s, later gaining more experience and visibility at Zerillo’s, The Office and Karma. Since, he has earned a reputation as a top-class DJ in his native country of Romania and the best Romanian DJ Award in 2003, 2004 and 2005 at the annual Nights.ro Awards. His sound goes deep and powerful, with strong basslines, which he presents in his enticing sets and with his releases on his own label [ar:pi:ar], that he is running with his mates Raresh and Pedro aka Petre Inspirescu and also on Cadenza Records. 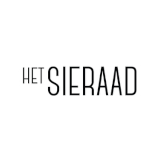 Olivier Weiter B2B Miss Melera - NYE
Doors open at 11:00 PM
Olivier Weiter and Miss Melera are returning to Het Sieraad during NYE with an exclusive all night back-to-back set. Let’s start the 2023 with a bang!